Martin Scorsese (“The Raging Bull”) helms this highly entertaining and larger-than-life biopic done in the glossy style of those grand old Hollywood films he knows only so well as a film historian and tireless worker for preserving on celluloid the greats from the past. Here Scorsese tells with affection for the golden age of Hollywood the adventurous story of the daring eccentric, playboy, billionaire, industrialist, aviator, filmmaker Howard Hughes (receiving directing credits for the 1930 “Hell’s Angels” and the 1943 “The Outlaw”). He’s perfectly played with gusto by Leonardo DiCaprio, more suited for this role than he was as a gang leader in Scorsese’s Gangs of New York.

The film plays up Hughes’ scrappy younger years as the eccentric outsider who battled the Hollywood establishment and had a merry time parading around starlets ranging from Jean Harlow to Ava Gardner. John Logan (“Gladiator”) provides a clever but shallow script. It’s filled with smart dialogue, but never really gets to the main character other than presenting his fragile psychological nature through various tics and expressions of terror. The film always seems vacant as it explores the Houston-born Hughes’s silver-spoon head start in life, inheriting his father’s successful oil-drilling equipment company at age 18. It never becomes more than a cursory three-hour look at Hughes as a neurotic womanizer, capitalist risk-taker, visionary, and as someone obsessed primarily with planes (the reason the film is called The Aviator) after fiddling around with movies.

The Aviator opens with Hughes as a child standing naked as he comes out of a tub while dried with a towel by his mom. She indoctrinates him that the world is a scary place, as she teaches him how to spell quarantine and then warns him about the dangers of typhus and “the colored.” This snippet from his childhood is unfairly used to build a case for his later mental afflictions, prejudices, isolation and phobias over such things as germs. The story picks up from there to his young adult life in the 1920s and moves to him as a tycoon-celeb in the late 1940s, stopping just as he goes batty when viewing in public his latest planes and starts repeating over and over again the meaningless phrase “the wave of the future.” The film stops just before he took over the RKO studio in 1948 and before he became a less sympathetic figure because of his right-wing politics and anti-communist smear tactics. It also cheats us by leaving off before we view his latter years as a recluse living in the penthouse suite of the Desert Inn in Las Vegas. We never get to know “Why” he does things, just that this dysfunctional obsessive-compulsive overachieves because he’s impulsive, brash, and has lots of cabbage.

What we get in spades is the usual laundry list of events in the biography of the protagonist. We get to see his romance with a credibly robust wisecracking Katharine Hepburn (Cate Blanchett, providing the film’s most endearing performance); of him shooting the technical airplane fight scenes for his WW1 film called Hell’s Angels; hanging out with Errol Flynn and company at the Cocoanut Grove, a Hollywood hotspot; breaking the world’s speed record in 1935 with a flying machine of his own design and being forced to crash-land in a beet field; flying around the world in 1938 in record-breaking time; battling the Breen commissioned censors over showing breasts in his sexy Western “The Outlaw”; ordering his puzzled minions around as he fusses over the smallest details, as he juggles a vast empire from producing movies to designing airplanes; acquiring TWA and battling the suave Pan Am CEO Juan Trippe (Alec Baldwin) for the right to fly overseas; designing and flying the Hercules, nicknamed the Spruce Goose by his enemies, the largest aircraft ever flown–costing the taxpayers $18 million; crashing in a test flight of the XF-11 into some homes in Beverly Hills and becoming severely injured (the film’s brilliant centerpiece action shot, but also its most controversial–it failed to be concerned with who else got injured); signing his discovery, the 15-year-old Faith Domergue, to a personal contract; and, defending himself against accusations of war profiteering to Senator Brewster’s (Alan Alda) investigating U.S. Senate committee.

Hughes is a legendary figure, an unforgettable character, but this biography only reintroduces us to the surface things we already knew about him without providing further illumination. Nevertheless, Scorsese’s commercial picture is fun to watch in vintage Technicolor, its period re-creations are a treasure, the director’s eye for details has never been better, and it’s a well-crafted spectacle. It makes several references to Orson Welles’ fictional biopic on William Randolph Hearst “Citizen Kane,” a film that Scorsese admired and hoped to emulate. But this film can’t match it in depth and power, though it’s the kind of empty spectacular Hollywood adores and usually loves to bestow with Oscars–which could very well give the talented Scorsese his best chance to win one of those suckers, at last. 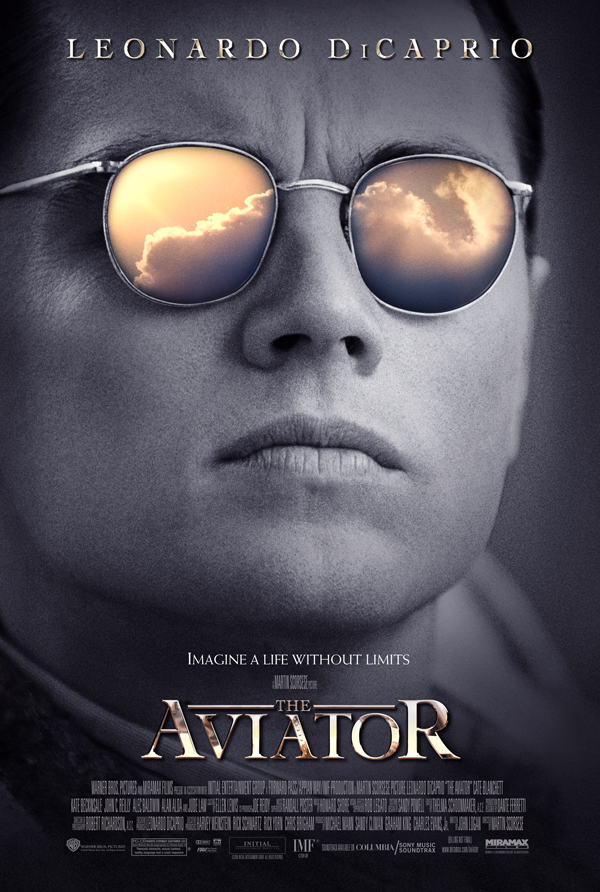