The overlong (even when cut by an hour for its American release) lavish production in epic scale was written and directed by silent film genius, the now 70-year-old Abel Gance(“Napoleon”/”Beethoven”/”Blind Venus”), in his penultimate feature, some thirty years after his Napoleon masterpiece. It comes with a turgid story, too much trite chatter and is clumsily presented. This one is for Gance completists, those who must see the great artistic filmmaker even when he lost his talent to entertain and dazzle. It’s watchable if you take pleasure in keeping track of all the familiar international stars who pop up in small roles. Unfortunately the war drama never catches fire and was a bore.

It has a height-conscious shorty, Napoleon (Pierre Mondy), fight the Austro-Russian army in the famous battle of Austerlitz, in 1805, that is considered the future emperor’s greatest victory. The battle was recreated by Gance, who seemed more interested in talking war strategy, getting the costumes right and turning his attention to Napoleon’s family life and relationship with wife Josephine (Martine Carol) and mistress Mlle. de Vaudey (Leslie Caron) than instilling life into the moribund film. 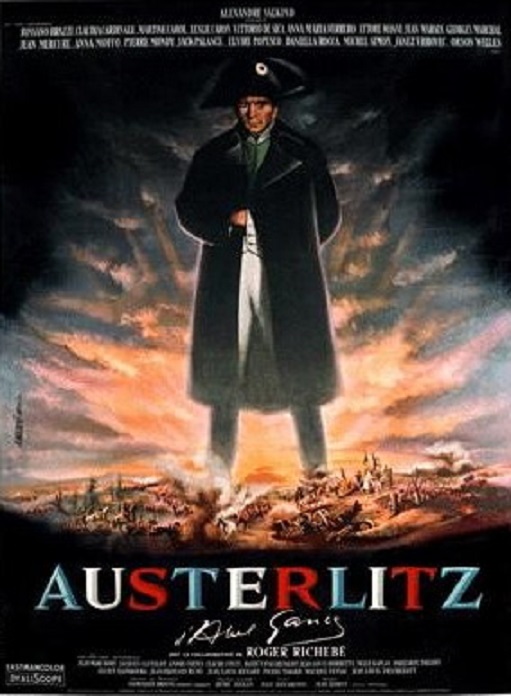