This is the fourth and last film from Russian writer-director Larisa Shepitko (“Heat”/”You and Me “/”Wings”), who died at age 40 in a traffic accident in 1979 while on location filming the ironically titled “Farewell.” That film was completed by her acclaimed Russian director husband Elem Klimov. Ascent is based on the novel Sotnikov by Russian writer Vasili Bykov and cowritten with Yuri Klepikov, as they steep the film in heavy religious symbolism that’s artistically presented without feeling didactic. Shepitko’s chilling and emotionally gripping WWII psychological drama depicts cowards, betrayers, collaborators as well as heroes. The haunting allegorical tale of the Great Patriotic War won the Golden Bear at the 1977 Berlin Film Festival. Many critics consider it the best Soviet film of the decade.

In the snow covered occupied Byelorussian woods where a large group of partisans are starving, the commander sends two Byelorussian soldiers, Sotnikov (Boris Plotnikov) and Rybak (Vladimir Gostyukhin), to a nearby farm village to forage for food. The two discover the farm village was burned down and rather than come back empty-handed, they go to other nearby farms to look for food. Their trek becomes harrowing when they encounter a Nazi patrol and Sotnikov is wounded in the leg. Later they are captured in the peasant farmhouse of Demchikha (Lyudmila Polyakova), who is torn away from her three toddlers. The men are questioned by Nazi interrogator Portnov (Anatoli Solonitsyn), an oily well-educated Russian turncoat who has sold his soul to the Germans. Though tortured Sotnikov, a math teacher in civilian life, refuses to give any info and takes on a Christ-like martydom by believing death as inevitable for redemption (his example is a shining light for future generations of patriots and his fight against evil is clearly related to Christ’s crucifixion), while the peasant Rybak is into survival at any cost, even as a Judas, and is not tortured as he freely tells where his outfit is located.

There’s a grueling climactic scene of the Nazis hanging in the village square Sotnikov, Demchikha, the village girl Basya (Viktoriya Goldentul)-who refuses to rat out partisans, and the stoic village elder (Sergei Yakovlev); the tortured soul Rybak is given a tryout to work for the German police and has a Judas fit of regret at his cowardly ways. 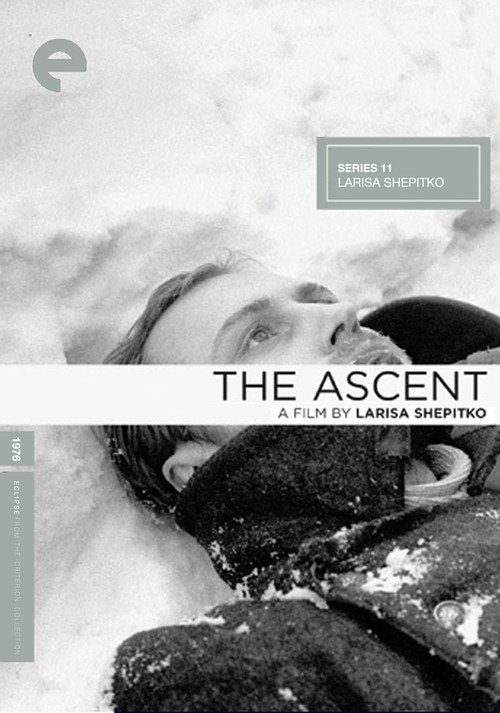