“It had its moments when it seemed as if it could be another version of The Maltese Falcon.”

The great filmmaker Cy Endfield (“Zulu”/”Hell Drivers”) was blacklisted during the post-war days of World War II, in 1950, a time the right-wingers were purging Communists and HUAC was blacklisting Hollywood performers who refused to name party members. Endfield, only 33-years-old when he made this film, was one of many blacklisted artists who refused to rat out party members and fled to England in 1951 to make films. He lived there for the rest of his long life (he died in 1995).

This rarely shown low-budget B film (made for $100,000) is a curio shot in eight days and is based on Endfield’s 1945 half-hour radio play on CBS’s Suspense series. The damaged film was recently restored, and appears in mint condition as a most interesting and competently made black and white film noir, though not without some flaws in its execution.

It opens with the Herald’s ailing former veteran noted columnist Allen Pierce (George Anderson), working on an expose of Nazi sympathizers who wish to remain anonymous. Al is in a Washington, D.C., hospital under the care of Dr. Van Selbin (Herbert Rawlinson) for heart troubles. For the last ten days Al promised in his columns to reveal the mystery about the secret Argyle Album (a “dossier”). Other than the bad guys and his secretary, Elizabeth Court (Barbara Billingsley, who played on the Leave it to Beaver television show in the 1950s), nobody else knows what the Album is. The promising young reporter for the Herald, the gritty Harry Mitchell (William Gargon), is granted by Pierce to be the first reporter to interview him about the Argyle Album. Al gives Harry a photocopy of the cover of the Argyle Album, but then suddenly dies. Later he’s discovered with a steel scalpel in his chest, after Harry calls in his photographer Pinky (Alvin Hammer) to stay with him while he phones in his story to his editor. The investigating homicide detective Lt. Samson (Ralph Byrd, of DIck Tracy fame) suspects Harry of the murder and brings him in for questioning. But an autopsy reveals the vic was given an overdose of drugs by his treating doctor, who is then held for the murder. Harry is released and plays detective as he tries to discover what the mystery is over the Argyle Album and who planted the scalpel in Al’s and Pinky’s chest.

There are two groups of people after the Argyle Album who think Harry has it–a blackmailer randy southerner named Pimlico Archie (Jack Reitzer). The slimy white-suited Pimlico is a dangerous cane-sword wielding seeker of the Album at all costs. The other party that thinks Harry has got it consists of an untrustworthy and amoral American woman, a femme fatale named Marla (Marjorie Lord, who played on the Danny Thomas television show in the 1950s), with loyalty only to herself. She teams up with a trio of dangerous international blackmailers (Peter Brocco and the gangster Mickey Simpson, and their aggressive leader John Banner), who will use any sort of means to get their hands on the Album.

Harry while taking his lumps, slugs his way in and out of trouble, and eventually through the help of Marla gets to realize the dossier contains the names of American corporate leaders who are traitors and war profiteers. They gave large sums to the Nazis in case they win the war and therefore whichever side wins the war they will be on the winning side.

Alex Frazer plays a fence named Jor McBrod, who comes across the Album when a bunch of punks get hold of it after robbing a locker in a bus terminal. Not realizing how valuable is the stolen item, the NYC waterfront fence sells it cheaply to Pierce and mails it to his secretary Elizabeth. With her boss dead and not knowing the Album’s value, Elizabeth sells it to Harry after taking a punch in the face from him earlier on in the film. After outwitting Marla, who at gunpoint tries to retrieve the Album Harry just purchased from Elizabeth, Harry in the end says he will honor Pierce and publish in the paper the entire Album.

The story is entertaining, the acting is solid, and the execution is good. Though not top-level film noir, it had its moments when it seemed as if it could be another version of The Maltese Falcon. 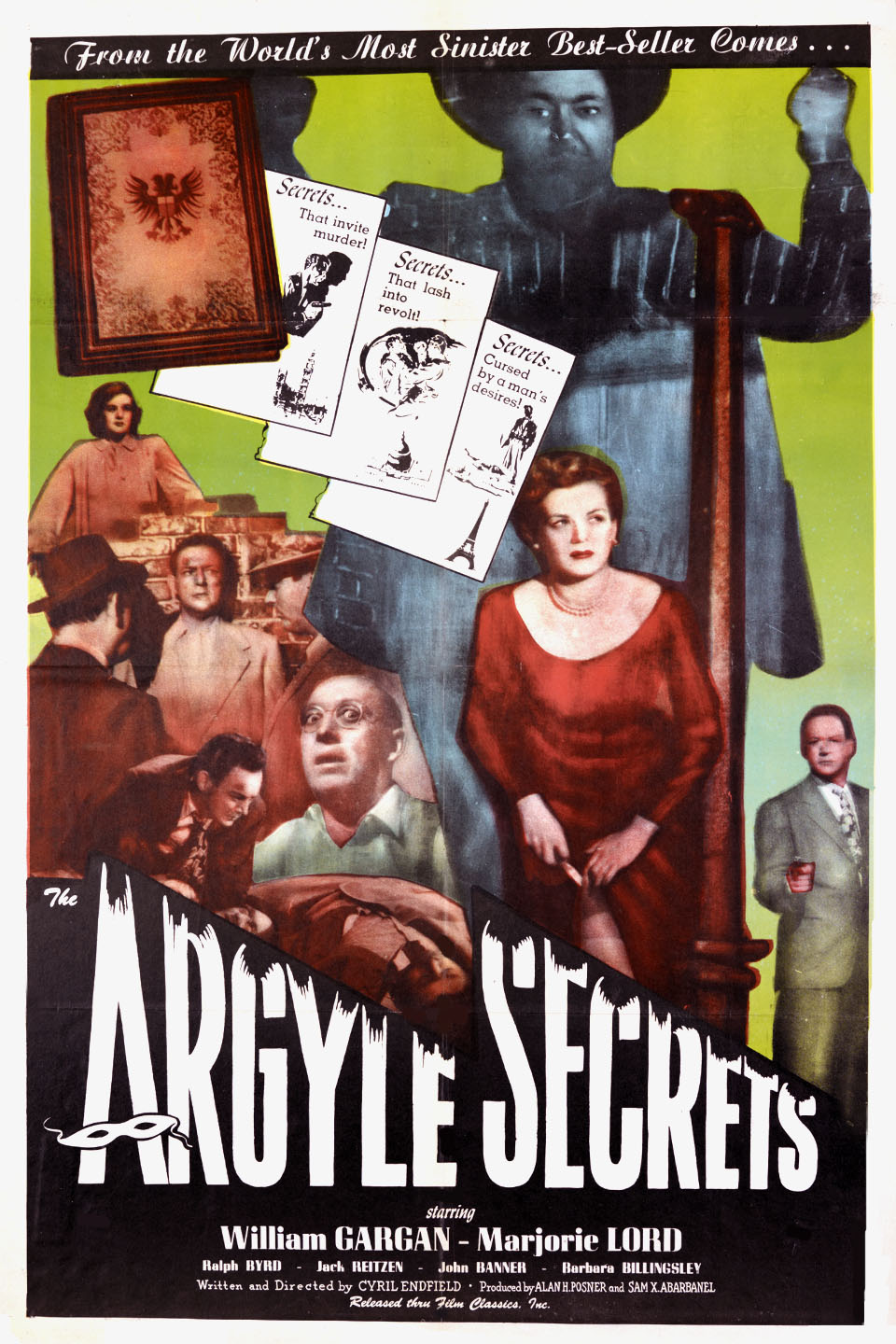