“The straight-forward play, using no gimmicks, allows the power of Sophocles’ words and lyrical parables to come through loud and clear.”

The classic Greek tragedy begins with word that after the banished incestuous King Oedipus’s death, his sons EteoclesandPolyniceskill one another in their fight for the throne and as a result King Creon (Manos Katrakis) becomes the ruler of Thebes. The sister of the brothers, Antigone (Irene Papas), disobeys the new king’s orders for the brothers not to be properly buried and seeks to bury Polynices in the ground, as a result the king orders her buried alive in a tomb despite her engagement to Creon’s son Haemon (Nikos Kazis). Creon’s mind is changed by the prophet Teiresias (Tzavalas Karoussos), who advices that leaving them unburied is an insult to the gods. Unfortunately, by the time Creon gets around to burying them and freeing Antigone, she has hanged herself in her tomb. This leads Creon’s son to commit suicide as well, followed by the suicide of his own wife Queen Eurydice (Ilia Livykou). Plagued with guilt, the broken-hearted Creon abdicates the throne, crushed by the tragic chain of events that he had unwittingly set in motion.

The straight-forward play, using no gimmicks, allows the power of Sophocles‘ words and lyrical parables to come through loud and clear. Irene Papas is Antigone, she’s wired to be that tragic figure and gives an electric performance. 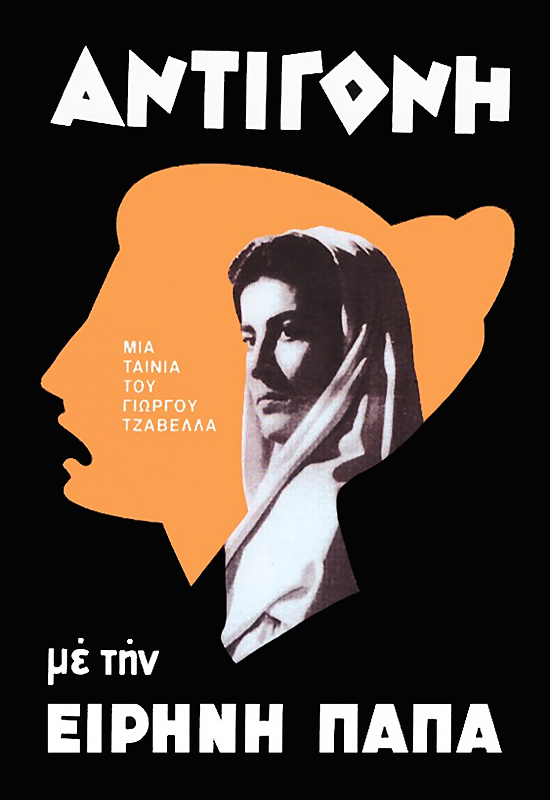