“An affecting and unpredictable film that lingers on one’s mind long after viewing.”

A formidable meditation on death. It’s directed and written by the quirky Japanese filmmaker Kore-eda Hirokazu (“Maborosi”/”Still Walking”/”Nobody Knows”). Its premise is grounded in the belief that the individual at the time of death is able with proper supervision to choose a single memory from their life that was most precious to them and one they can live with for eternity. It’s an affecting and unpredictable film that lingers on one’s mind long after viewing and is perhaps more enjoyable pondering it afterwards then when viewing it for the first time. That it makes no pretense it uncovered something profound about the afterlife experience, except pointing out that people should pay more attention to ordinary things that happen in their everyday life because that might have a greater effect on them than realized. It’s the light touch Kore-eda Hirokazu displays in getting across his talking points that is most appealing about this flick. In this instance, it makes the viewer question their own happiness choices by watching others tackle their life choices while in a limbo state of existence.

In the afterlife, at a time between life and death, on Monday morning, twenty-two souls arrive at an isolated way station, which is an abandoned old school building, and four dedicated civil service counselors are assigned to the week’s caseload. Each dead person is helped by two counselors, who give them three days to select their best memory and within a week their choices are recreated and recorded on film by the efficient way station film crew. The highlighted new arrivals include a frail elderly woman (Hisako Hara) whose chosen special memory is of cherry blossoms, a rebellious punky youth (Yusuke Iseya) refusing to make a choice, a teenage girl (Sayaka Yoshino) whose childhood trip to Disneyland is her treasured memory until helped by trainee counselor (Erika Oda) to choose a more important memory, and an ordinary 70-year-old war veteran (Taketoshi Naito) questioning his pleasant arranged marriage by making a special request to his counselor (Arata) to help in his decision by showing him his late wife’s decision via her archived videocassette. Strangely enough his counselor was his wife’s fiancee but died at age 20 in the Philippines, during the war, and because he refused to make a choice is still in limbo and therefore looks as youthful as when he died even though he should be 70. Complicating things is that the counselor he’s mentoring has a crush on him.

The gist of the film, shot in a documentary style, is of the interviews, with many non-professionals as clients giving their real-life personal best memories. Where it seems more engaging than your usual afterlife film, is that in its uniqueness it offers a challenging humanist concept that is different from what most religions and Hollywood make of the unknowable afterlife. In its own lighthearted and humorous philosophical way and through its irresistible premise, its most significant point it dares to make is to let us know in a fun way that memory can be distorted and is not necessarily the truth. 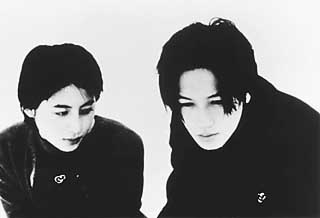