“A poignant meditative drama about loneliness, lost youth and romance set in the American West.”

In the opening first ten minutes there’s only silence, as one of the main characters goes about her business and the viewer takes in the beauty and emptiness of the surroundings.

The widowed Faye (Dale Dickey) sits by an old trailer, hitched to a pick-up truck, in the scenic landscape of rural Colorado. She traps crayfish in pots by the lake, has her morning coffee, and listens on her old transistor radio to the ‘Longines Symphonette’. She is living on campsite No. 7, not far from the place where she was raised.

On campsite No.2 a lesbian couple (Michelle Wilson and Benja K. Thomas) live who like talking to the friendly Faye about matters of love and passing time with the company of another.

We gradually learn Faye has come here to possibly meet an old childhood friend and lover named Lito (Wes Studi), following the death of both of their partners.

There’s a comic relief spot where a family clan of four brothers and their little sister (Marty Grace Dennis) arrive by truck to disinter their father – currently buried beneath Faye’s van – and move him away from here by using a newly arrived oil derrick.

Lito eventually arrives and the old friends spend a happy couple of days catching up with things, gently making contact again and dazzling each other by playing a duet on their guitars.

It screened at Sundance. 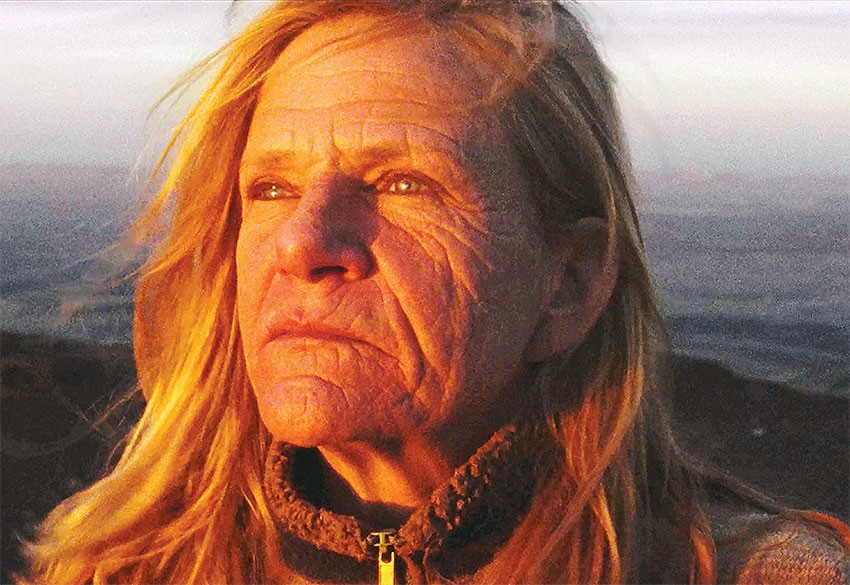