“The satirical probe of modern love among the not so young and restless is infectiously delightful.”

A promising second English-language directorial effort for Julie Delpy (“Looking for Jimmy”), the French actress turned filmmaker. It’s an appealing, very funny and smart romantic/comedy that’s influenced by Richard Linklater’s “Before Sunrise” and “Before Sunset.” It’s a much hipper and choicer version of “Meet the Parents.”

The bickering neurotic couple (seemingly transplants from a Woody Allen flick), of 35-year-old sexually uninhibited Paris-born photographer Marion (Julie Delpy) and her French hating heavily tattooed American interior designer boyfriend Jack (Adam Goldberg), have been living together for the last two years in New York City and have gone on vacation to Venice, Italy. They arrive in Paris for the last two days of their vacation, where they stay in Julie’s Paris apartment which is upstairs from her parents. Her excitable and eccentric parents, ex-hippie and nurturing mother Anna and her convivial but seedy art gallery owner father Jeannot (played by Delpy’s actual parents, Marie Pillet and Albert Delpy), are overbearing, talkative and seem to enjoy taking pot shots in French at their daughter’s non-French speaking boyfriend. The self-absorbed Jack is always whining about his ailments and is also obsessed with taking touristy photographs throughout the trip causing him to disturb Marion for being out of the moment. He walks through a literal minefield of cultural misunderstandings, flirtatious ex-boyfriends, and a running joke about taxi drivers who range from being racist to predatory. All these incidents have moved them further apart and made them unsure if they really know each other; it threatens to break up their relationship, as the increasingly insecure Jack is paranoid that his high-strung girlfriend might be a lying slut and she’s critical of his sickly attitude and wondering if she’ll ever find Mr. Right if she’s always so picky and at the first sign of trouble bolts from a relationship.

It’s quirky, painfully funny, filled with revealing intimacies and sharply paints an intelligent picture of sexual chemistry when it’s both on and off. The satirical probe of modern love among the not so young and restless is infectiously delightful, always intelligently handled and the flawed lovers are nevertheless appealing because of their sense of humor and vulnerabilities. A relationship pic with a big heart to go along with assured performances by Delpy and Goldberg. 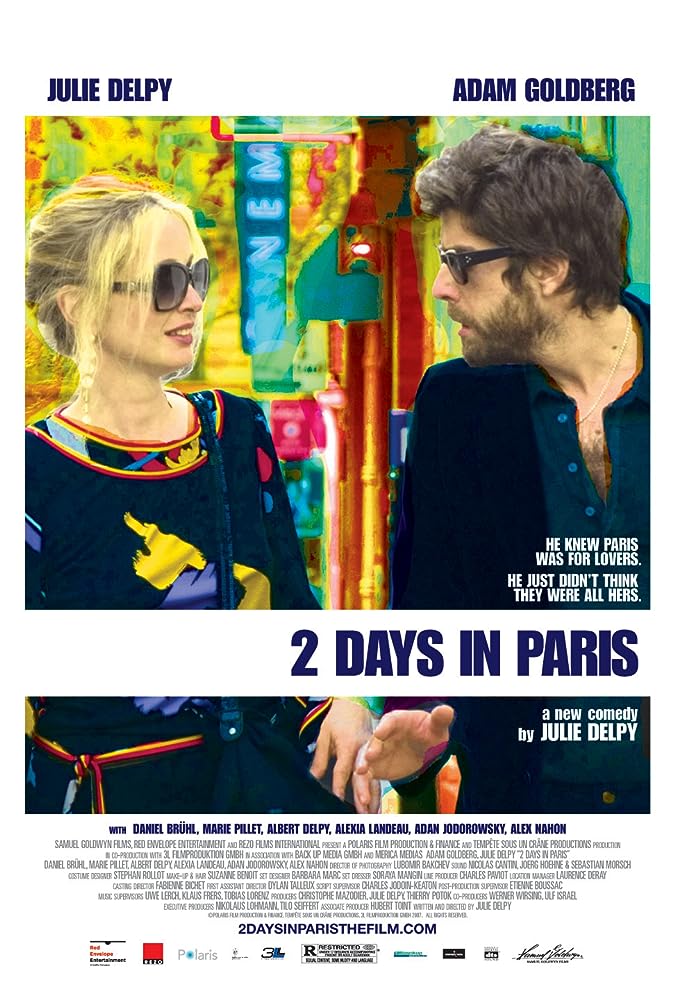