Gary Winick’s (“Tadpole”) fantasy comedy “13 Going on 30” is a rip-off of Penny Marshall’s 1988 Big, which starred Tom Hanks. The tedious screenplay is by Josh Goldsmith and Cathy Yuspa. It’s filled with awful clichés, the plotline is slight, the moral lesson is bogus, the dialogue is banal, everything seems stale and the laffs are hard to come by in this heavy-handed whimsical comedy. I couldn’t recall one thing I liked about this disingenuous film, where totally is the favorite word bandied around by all the obnoxious teens–making this a totally grody watch. It relies on the viewer suspending their disbelief to go with the sudden switch of a supposedly nice 13-year-old girl transformed into a nasty 30-year-old woman, and then the viewer being manipulated for a long 97-minutes into falling for a number of crass scenarios and growth in character denouements to make points that are too obvious and trite to give one damn about.

Jenna Rink (Christa B. Allen) is a 1987 suburban New Jersey dweller celebrating her 13th birthday with a nerdy house basement party, who wants to be accepted by the clique of haughty girls who go by the name of the Six Chicks. They are led by the mean-spirited bitchy Young Tom-Tom (Alexandra Kyle), who exudes about as much charm as a dirty sewer rat. But ass-kisser Jenna, the down-to-earth, typical girl-next-door type, craves her friendship and would like to be cool and popular like Tom-Tom rather than be her own likable self. Also invited to the party is her photography buff, chubby, dorky, next-door neighbor, the sweet Matt (Sean Marquette). The lad has a crush on Jenna and brings over a handmade dreamhouse birthday gift. When Jenna’s new girlie playmates play nasty and leave the party with her blindfolded in the closet while she is expecting her dream boy Chris Grandy to come in the closet and kiss her, Matt returns from a visit to his house unaware of the cruel joke played on Jenna. But Jenna is so upset that only Matt remained at her party, that she rips into him and retreats to the closet to sprinkle on some of that magic store “wishing dust” Matt brought over and wishes she was 30 with big boobs. Next thing she wakes up not remembering how she went from a girl to some 17 years older, and is living in a fancy Manhattan apartment where she finds a nude professional star hockey player coming out of the shower and acting like they are lovers.

This grownup Jenna is played by Jennifer Garner; while the grownup Tom-Tom is now called Lucy Wyman and is played by Judy Greer. Jenna can’t remember a thing and has no idea that she works as a top-flight editor for a popular fashion ‘zine called Poise and lives a high-powered fast life of wealth and fame and celebrity. To get to this spot she became an ambitious and coldly calculating person, who rejects her parents, uses her friends, and never saw Matt since she dumped him to take over the leadership role of the Six Chicks. Lucy now also works at Poise as an editor, but is under her command.

Getting panicky at finding that she is 30 as wished but it’s not as much fun as she had thought, Jenna reaches out to find Matt. The grownup Matt is played by Mark Ruffalo. He turns out to be a handsome hip guy, who is a professional photographer living in Greenwich Village and engaged to Wendy (Lynn Collins)–an anchorperson in Chicago.

What ensues is a series of derivative subplots, where Jenna gets her revenge on the ones who treated her rotten when she was 13 by rising to a power position. When Richard Kneeland (Andy Serkis), the Poise gay Brit editor-in-chief, tells the staff that the magazine must be redesigned to survive the competition, Jenna hires Matt to bring the silliness and down-to-earth photos of real woman back to the ‘zine. They work together on redesigning a ‘school yearbook layout’ and the love connection Matt had for her returns again, but they have to deal with the ambitious Lucy who would ruthlessly do anything to undermine Jenna and take over her job. The bland script finds a way to work through these uninteresting dilemmas and resolve the story with a marketable commercial happy ending.

Everything was set to the beat of bubble gum music (namely Rick Springfield’s Jessie’s Girl and Pat Benatar’s Love Is a Battlefield), odd touches of ’80s nostalgia and piles of mush. Garner’s dull performance, which consists of posing to be cute as still a 13-year-old in a mature body, was suited more for one of those canned laughter TV sitcoms; Ruffalo had to say lines that no actor should say without cracking up from disbelief; while Greer was your typical one-dimensional heavy. By trying so hard to be loved, I only hated it more for being so phony. 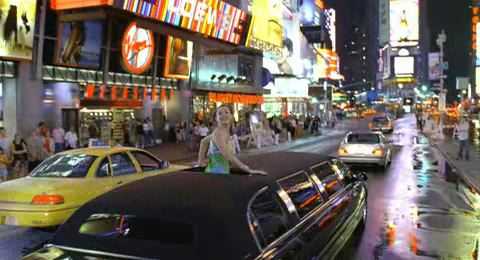